Brief History: The statue has been built as an ode to the Iron Man of India, Sardar Vallabhbhai Patel, the first home minister of independent India. He was responsible for uniting all 562 princely states of the country to build the Republic of India.

About Place: October 31st, 2018, marked the inauguration of the world’s tallest statue – the Statue of Unity, against the backdrop of the dramatic Satpura and Vindhyachal hills in Kevadia, Gujarat. The 182-metre (600 feet aprox.) statue is dedicated to Sardar Vallabhbhai Patel, the architect of independent India. The colossal monument towers over River Narmada, a tribute to India ‘from the people of Gujarat’ to the leader who placed people’s welfare first. The Statue of Unity overlooks the vast surrounds and the river basin of the Narmada River and the sprawling Sardar Sarovar dam. It stands on the Sadhu Bet hillock, connected by a 300-metre bridge, which offers access from the mainland to the statue.

As a part of an outreach programme for the project, the state government had asked Indian farmers to donate their used farming equipment to collect iron needed for the statue of Sardar Patel. Eventually, about 5000 tonnes of iron is believed to be collected. Details of the construction and history of the leader can be seen in an in-house museum, inside the statue.

Laser Light and Sound Show: A Light and Sound show using laser technology projected on the Statue of Unity takes place every evening except Monday. The colourful laser lighting system is accompanied by an excellent narration of the history and life of Sardar Patel, his contribution to the Independence Movement and the unification of India as one nation.

Tour of Valley of Flowers: The Valley of Flowers (also known as Bharat Van), is spread across 24 acres of land and is a haven for colorful flowering plants along the bank of river Narmada. The Valley of Flower began with 48,000 plants in 2016 and has now reached up to 22,00,000 plants. Besides the parks, several photo booths and selfie points have been developed to take back fond memories of the visit. The spot resembles a rainbow of flowers setup on earth.

More than 300 types of flowers are grown in this garden. A right blend of ornamental flowers, trees, shrubs, herbs, climbers and creepers are planted along with various shades of foliage, which forms the green cover in this area

Tour of Sardar Sarovar Dam: The Sardar Sarovar Dam is the third highest concrete dam (163 metres) in India after Bhakra (226 metres) in Himachal Pradesh and Lakhwar (192 metres) in Uttar Pradesh. In terms of volume of concrete involved for gravity dams, this dam is ranked as the second largest in the world with an aggregate volume of 6.82 million cubic metre; only after Grand Coulee Dam in the USA with a total volume of 8.0 million cubic metre being the largest.

Nauka Vihar: Gujarat State Forest Development Corporation Ltd. (GSFDC) has initiated Boat ride in Dyke-3 known as Panchmuli Lake in Kevadia as a part of eco-tourism activity. Boating facility has been developed with the help of an external professional entity. Tourists coming to Kevadia are also enjoying the pristine nature with this boat ride. Total duration of each ride is for 45 minutes and in a day eight rides are operationalized by the operator. This ride takes you to the waters of dyke-4 as well as the entire water body is surrounded by lush green forests. Ecosystem around the lake is very rich in flora and fauna. This Boating facility has become a popular spot for the tourists. Panchmuli Lake is definitely a worthwhile visit with your family or friends. What sets this apart is its location -set in middle of a forest grove. So have fun and enjoy your time on the water at beautiful Panchmuli Lake!.

Cactus Garden: The Cactus Garden is a unique botanical garden at the Statue of Unity site, created to exhibit a huge variety of Cacti and succulents, the true miracles of adaptation. The thought behind the development of the cactus garden is to provide an experience of the desert ecosystem in the midst of a landmass well entrenched in an aquatic surrounding. There are 6 lakh plants of 450 species spread across 25 acres of open land and inside the dome having an area of 836 square metres.

Ekta Nursery: Ekta Nursery is being developed in the vicinity of the Statue of Unity, in line with the Hon'ble Prime Minister's vision that visitors, when they return, should take back with them seedlings as a plant of unity. Out of the one million plants targeted, 0.3 million plants are in 'ready to sell' stage and the other 0.7 million are likely to be ready soon

Children Nutrition Park: Children Nutrition Park is a Unique Theme Park envisioned and inspired by Hon’ble Prime Minister of India, Shri Narendra Modi, which has been developed, as a part of Kevadia Integrated Development. It provides a high quality entertainment and vital knowledge to the children on healthy eating habits and nutritional values based on the theme of “SAHI POSHAN DESH ROSHAN.” Entire park is designed and implemented for the benefits of the children and extensive use of state of the art technology is being made, which gives a fascinating experience to the children visiting the park.

A replica of the endemic dinosaur with the distinctive horn is created and exhibited for the visitors. The replica is about three times the estimated–original size; it measures 75 feet in length and 25 feet in height. This offers the visitors a glimpse into the evolution of the planet and mankind and is an attempt to create public awareness regarding the wealth of ancient flora and fauna of this area.

Jungle Safari: A state-of-art zoological park with unique collection of indigenous and exotic animals and birds from the various biogeographic regions of the world, is located at the picturesque hills near the tallest statue of the world “The Statue of Unity” and “The Sardar Sarovar Dam” at Kevadia. This zoo will take you through an adventurous and exciting trip of watching wildlife, enjoying scenic beauty of the hills and entertaining experiences of a lifetime.

Viswa Van:  Vishwa Van is a Global Forest and offers a natural aesthetic beauty. Vishwa Van (a Global Forest) is home to herbs, shrubs and trees native to all 7 continents signifying the underlying theme of ‘Unity in Bio-diversity’ in global context as well. Vishwa Van symbolizes the life sustaining potion of forests in the context of all life forms in the planet. Vishwa Van has a diverse assemblage of flora representing every continent of the world. The vegetation is arranged in a way to resemble the natural forest of a particular zone.

Ekta Mall: The very name Ekta Mall, symbolises unity in diversity, a hallmark of Indian culture. Here at Ekta Mall, handlooms, handicrafts and traditional textile showrooms as been opened from various states of India have come together to promote Indian Handicratfs, at a location that stands for unity and national integration. The Mall is spread over 35,000 square feet area.

It is a one-stop-shop for a relaxing shopping experience rooted in the vitality and diversity of India’s traditional textiles and artisanal handicrafts. Built in a 2-storey building, 20 emporias have been commissioned and each emporium represents a specific state of India. It is the right platform for retailing handicrafts and handlooms, integral to rural employment and social development of artisanal clusters in our country.

SOU Souvenir Shop: Visitors can carry back with them several memories of their visit by buying mementos in the form of caps, t-shirts, Statue of Unity replica, pens, key chains, and note books, which are available at the Souvenir Shop located near the Statue of Unity and also at several other places at Kevadia.

Ekta Food Court: Ekta food court covering an area of 1617 square metre, has been developed near Statue of Unity. This Food Court is built as per international standards, with seating capacity for 650 people. The Food Court offers the best of both international and Indian cuisines.

SOU Food Court: A new food court covering an area of 8,000 square feet is coming up at Statue of Unity. This food court is being built at par with international standards, with 7 kitchens and seating capacity for 650 people. Food Court will offer the best of both international and Indian cuisines.

Tourists can book your Statue of Unity tickets on its official website “https://statueofunity.in/” by selecting your preferred time and day, or buy it directly at the site. The SOU online ticket booking is maintained by the Sardar Vallabhbhai Patel Rashtriya Ekta Trust. 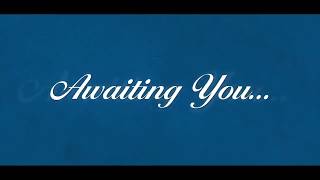 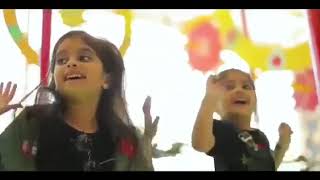